Due to the recent closures by the Governor the July 10, 2020 breakfast is canceled. We have tentatively set our next breakfast meeting date on August 7, 2020 (subject to rules set by Goverment). 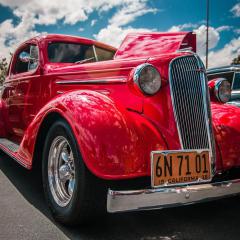 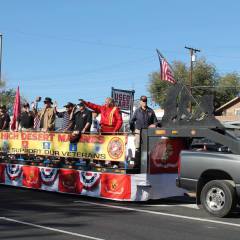 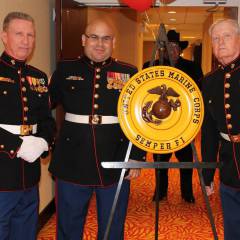 We are a non-profit organization of retired and former Marines and Navy Corpsman. We try to help any Marine or Corpsman in need.

We support the Barstow Veterans Home and donate clothes, books VHS, and DVDs and we help to support a monthly pool tournament. We do toys for tots drive at Christmas time and also put on a Marine Corps Birthday Ball every year in November.

We meet monthly at the Holiday Inn on the first Friday of the month at 8:30 am (meet & greet at 8:00).  All Marines and Corpsman are welcome.

We also try to do interesting trips. We are a family oriented group and family picnics are enjoyed by all. No dues are collected and the only requirement is an Honorable discharge.

It is with profound sadness, that we announce the passing of Al Watson, one of the founding members of the High Desert Marines.  Al was a “bigger than life” Marine who rarely missed a monthly breakfast meeting or weekly social lunch with his Marine brothers and sisters.

His kind and giving heart was evident at every breakfast where 90% of the raffle prizes offered each month were provided by Al. Additionally, he donated generously to the HDM coffers with regular contributions.

Al will be remembered for his exuberant patriotic spirit and pride for the Corps. He never hesitated to don his dress blue uniform to represent the HDM at ceremonies and events, and always drew both admiring and questioning eyes with his Private First Class chevron and myriad of service stripes. Al’s military included both the Marine Corps and the Air Force.

Joining the Marines in 1957, he earned the rank of PFC before leaving the Corps and enlisting in the Air Force. He retired from the Air Force in 1980, thus earning the active duty service stripes he was allowed to wear on his Marine uniform. Al was truly one of a kind.

Al leaves his wife, Kimie and son Jimmy, to whom we offer our sincerest condolences.

Stand Down, Marine. Your tour of duty with us is complete. Fair winds and following seas, Brother, until we meet again at our final post in Valhalla. Semper Fi